According to most Dutch people I talk to, is it an utter mystery that anyone would consider voting for Mitt Romney. We ask it onstage every night: Who’s excited about Barack Obama? And the crowd goes wild. But that’s Boom Chicago: a left-leaning theater in a lefty city in a ‘socialist’ continent. And every night we point that out. We analyze who exactly is so excited for Obama 2012. It’s mostly Dutch people. And expats. And backpacking college students. It’s everyone except the people who actually vote in US elections.

We also ask ‘Who’s excited about Mitt Romney?’ The answer is mostly silence. But occasionally we get some Dutch people. Yes, Dutch Romney supporters do exist. Just last night, we got an enthusiastic cheer from Arjan, who was in attendance with his auto-leasing company. He was quite surprised that none of his colleagues joined him in cheering. His favorite thing about Romney is that ‘Obama always needs a teleprompter.’ This proves that – surprisingly – some Dutch people are also watching FoxNews.

Every time we get someone who does support Romney, we ask ‘…And where in Israel are you from?’ Of course, it’s just a joke. But it was extra funny when one Romney supporter said ‘How did you know my family is from Israel?’ Jokingly, we said ‘Because we can tell you think Obama is a Muslim.’

And – if you want to see more Dutch Romney-supporters – just turn on your tv. Dutch talk shows are still full of right-wing white guys like Leon de Winter, Kay van de Linde and Charles Groenhuisen. But the best was my encounter with the head of Republicans Abroad, who is married to a Dutch woman. She’s from Wassenaar with the hairstyle to match. She supports Romney because ‘Someone should tell all these bums to get a job.’ I asked her what she did for work, and she scoffed ‘I don’t have to work.’

Posted by Unknown at 3:39 PM No comments:

‘The October Surprise’ is an American election tradition. 4 years ago it was the Wall Street Crisis. What will be the Game Changer in 2012? The answer is: it already happened. Obama’s first debate performance was so disastrous that Michelle is still not having sex with him.

The good news is Michelle Obama may be more popular right now than Barack, giving the President a bounce in the polls. Michelle is the Bounce Queen. Even though – with those biceps – she looks kind of like a drag queen. 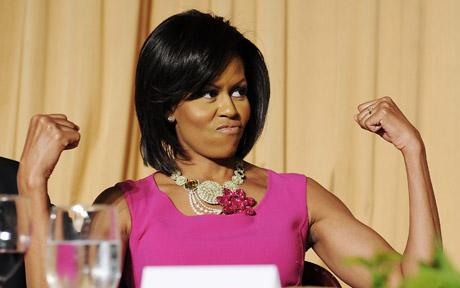 Still, Romney has the momentum. The good news for Obama is: he never performs better than when he’s losing. After months of delay, the President has finally released his ‘Plan for Jobs.’ 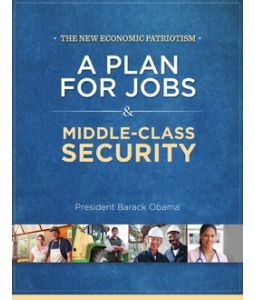 Mr. President, this homework was due 3.5 years ago. At least now we know: if you vote for Obama in November, we can expect to have jobs sometime in 2015.

Posted by Unknown at 3:35 PM No comments: