Zwarte Piet on Trial - May I Speak for the Defense?

Zwarte Piet on Trial - May I Speak for the Defense?
It’s like ‘Sinterklaas in July!’ Why on earth are Dutch people talking about ‘Zwarte Piet’ in the middle of summer? Because – like it or not – the Zwarte Piet debate is not going away, and this year it may have reached critical mass. This week, an Amsterdam court ruled that Zwarte Piet – in its current appearance – is officially ‘a negative stereotype which is offensive to black people.’ And the debate rages on.
http://www.dutchnews.nl/news/archives/2014/07/amsterdam_mayor_told_to_recons.php

BUT – as the debate again gets overheated - I propose this: Let’s say Zwarte Piet is NOT racist. And yet – as more and more Dutch people seem to be realizing - Zwarte Piet is bad for business. 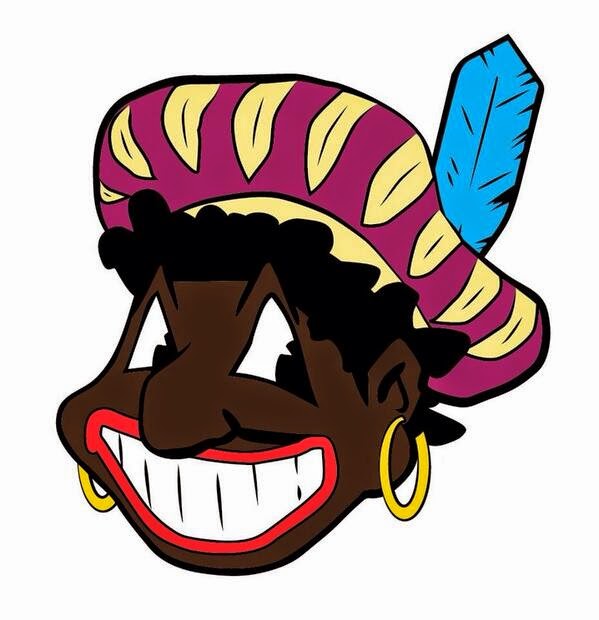 As an American, I know I’m hardly one to criticize. Our nation’s capital has a football team named after Native Americans’ skin color, and the team owners’ response is ‘What’s offensive about that?’
And then there's the Cleveland baseball team, which inspires this compromise on Zwarte Piet:

And yes, America has Santa Claus and Elves – which may be offensive to obese people and short people (as many Dutch people have replied on Twitter). More to the point: many Dutch tweets argue they shouldn't have to sacrifice their time-honored traditions to accommodate politically correct newcomers like me. And I agree.

So please, Nederland, keep Zwarte Piet. Don’t sacrifice this celebration of innocence and joy. But – since more and more of the world is now watching – you do have to explain a few things.
What do I tell my child when she points at the black delivery guy and says ‘Zwarte Piet?’
What do I tell my potential business partner, when Dutch people in a café laugh at him for being offended because he’s black?
What do I tell the rest of the world when the Dutch Prime Minister makes a joke – while hosting President Obama - that black people should love dressing as Zwarte Piet because ‘they don’t have to put on makeup?’ https://www.youtube.com/watch?v=A6ahnNZvW5k

If you’re new to this discussion, you may not realize the special place Zwarte Piet holds in many Dutch people’s hearts. This past week a UN fact-finding party ‘was “surprised” that so many people do not understand the “problem” with Zwarte Piet.’ http://www.dutchnews.nl/news/archives/2014/07/un_working_party_surprised_the.php

I’m married to a Dutch woman, and she opened my eyes to the way that Sinterklaas and his sidekick represent virtue and decency. I then opened her eyes to how the rest of the world sees Zwarte Piet, and she’s now an anti-ZwartePiet activist.

The UN party issued a statement noting a ‘lack of knowledge about the history’ of the Dutch contribution to slavery. And they may have a point, in that recently the Dutch government completely de-funded the NiNsee national Slavery Institute. And yet, from some of the online comments, it seems Dutch people know their past damn well. Here’s just one of many angry tweets:
'My ancestors were the ones forcing your ancestors onto the boats. Those were the days. Now you people have too much freedom.' – Jan Pelleboer (Twitter)

So yes, Nederland, keep Zwarte Piet. But realize you’re aligning yourself with this guy.
(And again, as an American, I also have plenty of racists in my country.) (But I don’t insist on dressing up in a Confederate Flag for holidays).

As I was taught in the Dutch assimilation course, one of the pillars of Dutch society is common-sense pragmatism and compromise. But somehow there’s an exception with Zwarte Piet. Ask any crowd of Dutch people (as I’ve done for years in live shows at Boom Chicago theater), and they will swear that Zwarte Piet’s face is black from ‘coming down the chimney.’ If that’s the case, then there’s an obvious question:

Why not change the blackface to soot?

As a humble outsider, and a fan of Dutch values, I’ve been suggesting for years that Dutch culture is better than this. Changing the blackface to soot-face is such as easy compromise. It’s un-Dutch NOT to compromise. And now more Dutch celebrities are arguing for compromise as well: Paul de Leeuw, Anouk, Marc-Marie Huybregts. Last year, Amsterdam Mayor Eberhard van der Laan has suggested replacing blackface with soot. And with the court order demanding a review of this year’s parade, he might enact it. 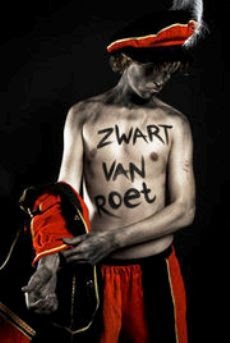 Nederland, the world is watching. The world is not demanding that anyone completely sacrifice their most beloved traditions. The world is only wondering why you don’t live up to your own values.
Posted by Unknown at 6:07 AM No comments: