Who would dare to invite people to the worst show ever? Yesterday a group of comedians got together to share their stories of the times when everything goes wrong, but the show must go on. It was sparsely attended but greatly appreciated. In fact, we may have invented a recurring format. 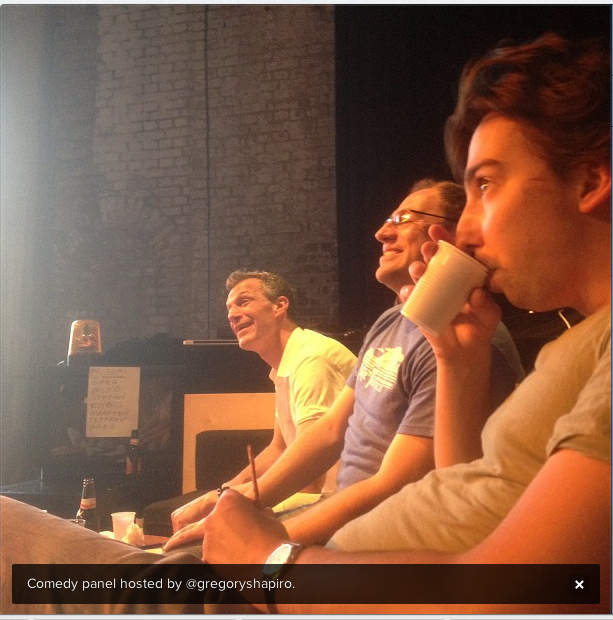 I was asked by MC Theater to organize an MC Tori (Surinamese for Story), a series of stories on a theme. Some of my favorite stories are the ones I hear backstage at a comedy event, when comedians try to top each other with the play-by-play of the worst gigs. ‘The Worst Show Ever’ is not about off-nights, jokes that don’t work, audiences that aren’t in the mood. Those are the lame shows.

The Worst Shows transcend all that and become great stories. Sometimes there’s a complete lack of planning, like when the promoter says ‘Start performing, and people will come watch,’ and you do your warmup for zero people. Other times, people stick to the plan too rigidly. Like the wedding where the DJ is supposed to play a special dedication for 2 special guests. But when the one who catches the bouquet happens to be a 14 year-old girl, and the guy who catches the garter belt is a 40 year-old loner, do you really have to play Marvin Gaye ‘Let’s Get it On?’

MY QUESTION was - would comedians want to share their stories in public? I was lucky enough to get some veteran Amsterdam comedians together.

- Favorite StefanPop: performing for a Kids with Cancer event, having to do comedy directly after an extended story of a tragic 8 month-old who didn't make it.
- Favorite MaartenvanHinte: performing 'Scarface' theater piece (18+) in front of a last-minute addition to the audience, a group of 13 year-olds.
- Favorite Rob Andristplourde: performing a corporate event for the rebranding of Amsterdam WTC in 2005, with the edict: 'Do not mention Osama bin Laden.' Opening the show, the audience yells out 'Osama bin Laden!'
- Favorite JeffreySpalburg: FATU. The one where you make 500 people laugh their asses off. But there’s the 1 guy who frowns the whole time. He comes up to you after the show and gives you a lecture: ‘Your material needs nuance.‘
- My favorite story from WilkoTerwijn: the girl in the front row who threw a glass at his head 30 seconds into a show.  Afterward, he got a letter from the girl’s mother. Blaming him.

And I told the story of the corporate event when the organizer wanted us to combine role-play with improv. It sounded okay. He wanted us to portray the bosses from the New York office, telling everyone they were fired and then say: ‘Kidding!’ Not the best way to kick off a comedy show. They threw fruit at us, glassware broke onstage. And – to be honest – we deserved it.
And I didn’t even get to the story about portraying Osama for a NATO conference. Or dressing up as Sinterklaas and performing in a KLM 747. Or the show where some overzealous cameraman literally caught with my pants down.

I am honored to have been asked by MC Theater to organize. I am honored to have so much experience up there onstage to choose from. I hope I even helped make a statement about the arts in Amsterdam right now. Yes, there’s a crisis. Yes, funding is being cut. And – while theaters like Engelenbak say ‘Fuck you, then. We’re closing…’ There are some theaters, like MC Theater, who have their funding cut and say ‘Fuck you, we’re doing it anyway.’ I’m glad there were representatives of so many Amsterdam comedy institutions to get acquainted with the MC. 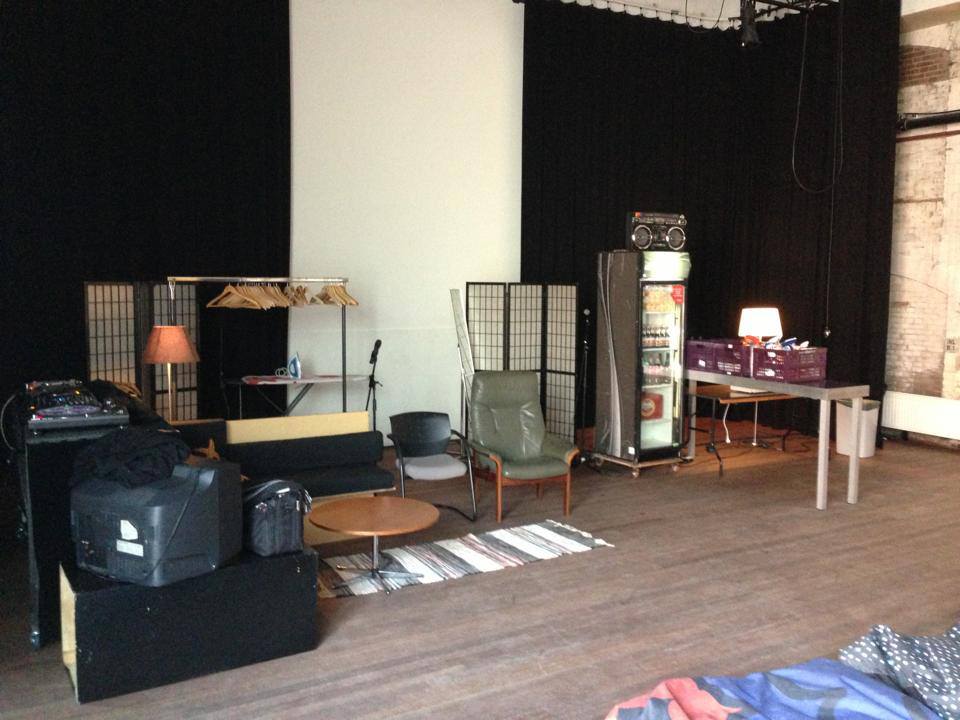 For good measure, I asked MC Theater for a stage set on the theme ‘Best Green Room Ever.’ They gave us a real dressing room with huge cooler full of beers – and fried chicken to close the show. Well done, MC Theater. Well done.

Posted by Unknown at 9:05 AM No comments: